Earlier this year we lost a dear friend, supporter, lover of the land, and creator, Margaret Emerson. Margaret was involved with GVLT from the beginning and  worked with us to print a series of her nature inspired collages on note cards.  In her memory, and as a treat to our community, we’ve run a special reprint of this note card series and have them for sale in our office. The collages are made with ripped paper from recycled magazines found at the free bin at the Bozeman Public Library. Most of the images Margaret used for the collages are from photos she took while hiking in the Gallatin Valley. You can buy a series of 8 cards for $10 at GVLT, 212 S. Wallace Suite 102 Bozeman, MT 59715.

Whether weaving baskets from found local materials, making collages, or planting her garden, long-time Bozeman resident Margaret Emerson lived a life of creativity. Originally from Eugene, Oregon, Margaret came to Bozeman in 1962 with her husband Ken. She was an active member of the community, serving on numerous boards, and founding the Bozeman Women’s Activity Group (known as BWAGS). Margaret was a weaver, spinner, dyer, painter, and basket maker. She taught classes, and exhibited and sold her work in numerous venues.

Margaret began working in collage during a trip to Spain in 1988-1989. Living in a city apartment, without her art supplies and far from her beloved mountains, she began working with the materials at hand – using torn bits from glossy magazines to create beautiful images. At the end of a year abroad, she had completed ten ‘paintings’ by this new method. For the next ten years, she forgot about the collages until prompted and encouraged by her daughter-in-law. Margaret created more than 100 collages inspired by her travels, and informed by her intimate knowledge and love for the outdoors. 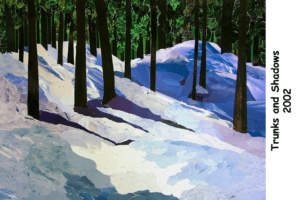 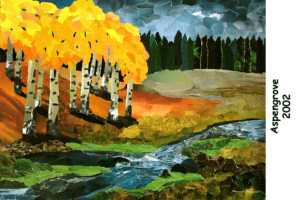 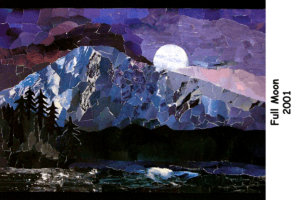 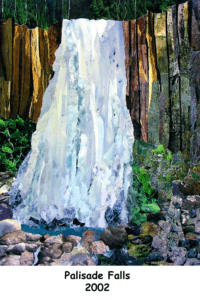 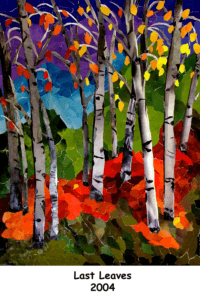 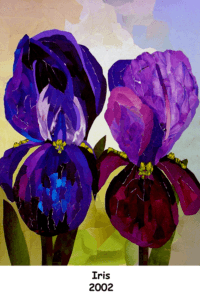 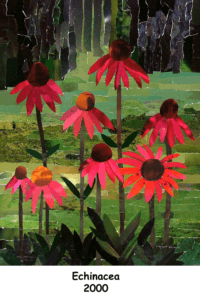